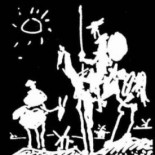 A metaphor I have now heard several times for the state of educational technology today likens our use of digital learning tools to the early adoption of electric engines in manufacturing.  George Siemens made passing reference to this in his recent presentation at MIT.

Prior to the invention of the electric engine, factories were powered by large central power sources such as water wheels or steam engines that distributed the power throughout the building via a line shaft.  Here is the Wikipedia description:

A line shaft is a power driven rotating shaft for power transmission that was used extensively from the Industrial Revolution until the early 20th century. Prior to the widespread use of electric motors small enough to be connected directly to each piece of machinery, line shafting was used to distribute power from a large central power source to machinery throughout a workshop or an industrial complex. The central power source could be a water wheel, turbine, windmill, animal power or a steam engine. Power was distributed from the shaft to the machinery by a system of belts, pulleys and gears known as millwork.[1]

Jedediah Strutt, North Mill at Belper in 1819, showing vertical shaft leading from the 18 feet (5.5 m) waterwheel, to horizontal drive shafts running the length of each floor on each floor

This constraint had tremendous implications for the design and operation of factories, which had first and foremost to be arranged to accommodate this power distribution.  Factories designed for such systems were typically multifloor arrangements that allowed for a central vertical shaft to power multiple horizontal shafts, as pictured at right.  The arrangement also meant that a failure of the power system meant that the entire facility stopped operating.

The arrangement was also suboptimal in a number of other ways: it was difficult to adapt the central power to machines with differing power requirements; grease dripped off the overhead shafts onto the workers; and the belts that transmitted power shed dust, a significant health hazard.

Early adoptions of electric engines simply swapped large electrical engines in for whatever the prior power source had been, which failed to address many of the shortcomings of the line shaft approach.  Over time, factory designers realized that distributing many small electrical engines throughout the facility, close to the point of use, addressed many of these issues and allowed for new approaches to manufacturing including assembly lines that have resulted in the sprawling single-story manufacturing facilities we know today.

As use of educational technology moves from a marginal activity to a central concern of universities, many people are observing a similar issue of “installing the new engine in the old factory.” A quick catalog of some of the examples I’ve heard or observed so far:

I’m sure there are more examples, which I’ll catalog as I come across them.

This entry was posted on July 23, 2013 by scarsonmsm in educational technology, metaphor.

Commonplace books were a way in Early Modern Europe to compile knowledge. Such books were scrapbooks filled with medical recipes, quotes, letters, poems, tables of weights and measures, proverbs, prayers, legal formulas. Each book was unique to its creator's particular interests.